There are many places to introduce in Tokyo, but in this topics, I would like to introduce my recommendation location, “TONERI park” (From a point of older man view.) It is an one of local place in Tokyo.

The first thing I want to tell you is that it is very broad. As of September 2020, the park is said to have opened 510,000 m2 (one of the top three metropolitan parks). Because it is in Tokyo, there are many private houses around, but it is so large that you can’t feel it. I would like to point out the following as points where this area is fully utilized.

There is a pond in the middle of the main area that is currently open, and many people enjoy fishing early in the morning. It seems that the fish that can be caught are “Herabuna” and “Kuchiboso”. There is also a hanging tool store, “Johshuya”, near the park, and it seems that they bought the tools there and are fishing in the park. I haven’t fished in this park yet, but it’s good to drink beer while fishing relaxedly.

There is also a running course with a total length of 2km. As shown in the attached image, the number of m is kindly displayed. This is also used by many people for running from early morning. Older man who are concerned about their health also want to run here.

In addition, a natural park spreads out as shown in the photo below. (This was taken early in the morning.) If it’s this wide, it’s easy to keep a distance from other people, and if you’re going with your family, your child will enjoy with “Frisbee” or “badminton”, and your husband or wife will sleep under sunny. You can spend your time uniquely.

2. Abundant facilities that children can enjoy.

There is also a playground for children. Among them, the following three are especially recommended.

Especially the sled slope was very popular with my children. It seemed to be very fun because child slipped and climbed, slipped and climbed, and accidentally climbed the place where child slipped on the way and got angry at the guard. However, please note that static electricity. As soon as you touch the clothes and hair of the child who came back with satisfaction, you will get “Bachi! Ouch!!” Please be careful.

There is also a plaza with two playground equipment, one for large children and one for small children. Even here alone, we can meet the needs of children for about an hour.

Also, this is a reservation system and I haven’t used it yet, but there is a barbecue area. It seems that it is crowded with many users every day. I will post this again the next time I go to Toneri Park.

From here on, it would be a very older man-like point of view, so I’m really sorry, but I will describe the good points that I noticed.

(1) The toilets are well set up so that children will not be in trouble in an emergency.
(2) There are also two shops, and necessary toys and food can be arranged locally.
(3) You can see the monorail from the park
(4) There is a large parking lot
(5) Because it is a park, it is a problem when it rains

First of all, I was impressed by the many toilets. It’s a big park, so I think there are many people who sunbathe while drinking beer at noon. To be honest, it can be difficult if the toilet is far away in such a case, but I think this park has a solid toilet around 100m even if it is far away. It is set up at such a distance.

In addition, there are two shops in the park, where you can buy light meals such as “Yakisoba” and hot dogs, sweets, ice cream, and of course alcohol, so you can procure them locally. (But if you can get information regarding congestion in advance, buying at other shops before the park is also good.)

And, especially in a family with a small boy, it may be a high point story, but you can see the operation of the Nippori-Toneri Liner (monorail) from the park. Children will be happy with the scenery seen from here.

Of course, there are 3 parking lots dedicated to Toneri Park (for a fee), so many people come from afar on holidays (as well as me).

However, since it is a park where the emphasis is on nature, there are not many places with a roof nearby, and it gets wet in the rain. If this is the case, we recommend playing near the facilities or near the parking lot.

There are many other facilities such as tennis courts, basketball courts, stadiums, soccer courts, etc., which I cannot introduce this time, and one day is not enough, especially for those who bring their families. I think you can play as much as you can.

It’s a dream for an older man to stop by for a break on a motorcycle trip alone. It is a park with a very refreshing view on a clear day.

If you live in the suburbs of Kanto and are looking for something to go with your family this week, why don’t you visit it ?

Access: Train with Nippori-Toneri Liner, Toneri-Koen Station. (Park is very near from this station.)

I could stop the Cigarette. ～ Symptoms in my body, and good points and bad points ～ 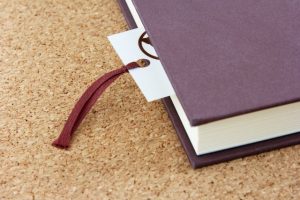 Introduction of my recommended book ～ The courage to be disliked : How to free yourself, change your life and achieve real happiness ～ 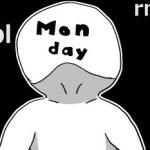 I want to win to a sick Monday. 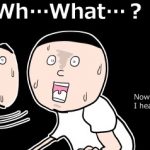 In summer season, I was chased by a bee. 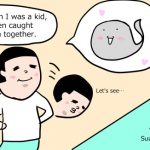 I used to be fine, but when I grow up, I’m afraid of various creatures. 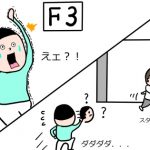 The conversation was established only with “Ah”. 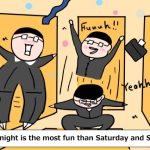